It’s possible to use the Borges method (on foot) or also, especially if you’re on your second day in the city, on a bicycle. 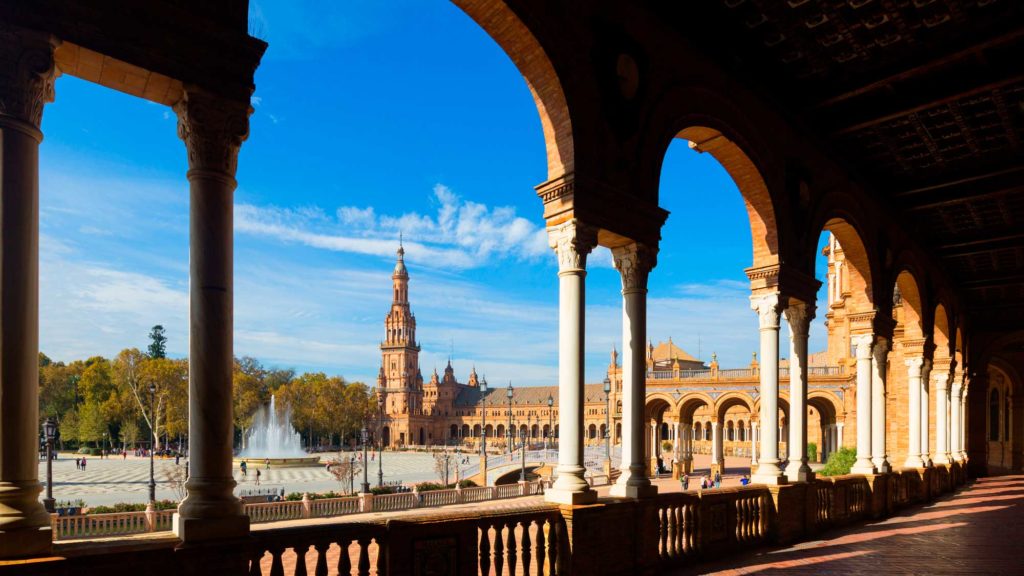 It’s possible to use the Borges method (on foot) or also, especially if you’re on your second day in the city, on a bicycle.

On foot, by bicycle, or atop a horsedrawn carriage, it’s a good idea to visit Maria Luisa Park, an authentic garden in the middle of the city. Between the dome of trees, you can find Plaza de España, built by Aníbal González, author of the regionalist architecture of the twentieth century. See the love of baked brick and glass ceramic. Many civil buildings in the city adopted this indigenous style, which is called Regionalism.

Museum of Popular Arts and Traditions

In Maria Luisa park, many Sevillians spend their childhood. Plaza de América is home to the Archaeological Museum and the Museum of Popular Arts and Traditions. But for the Sevillians who came here when they were young, Plaza de América is thought of as the square of the pigeons. The buildings and pavilions surrounding it were designed for the Iberoamerican Exposition of 1929. From the Costurero de la Reina (the Queen’s sewing room) there are routes to take which make it a pleasure to visit this part of the city.

Near the park is the Palacio de San Telmo, a former aristocratic mansion of the Dukes of Montpensier and then a seminary for the Archdiocese. Today, after a lengthy restoration, it’s the seat of the Presidency of the Andalusian regional government, the Junta de Andalucía. 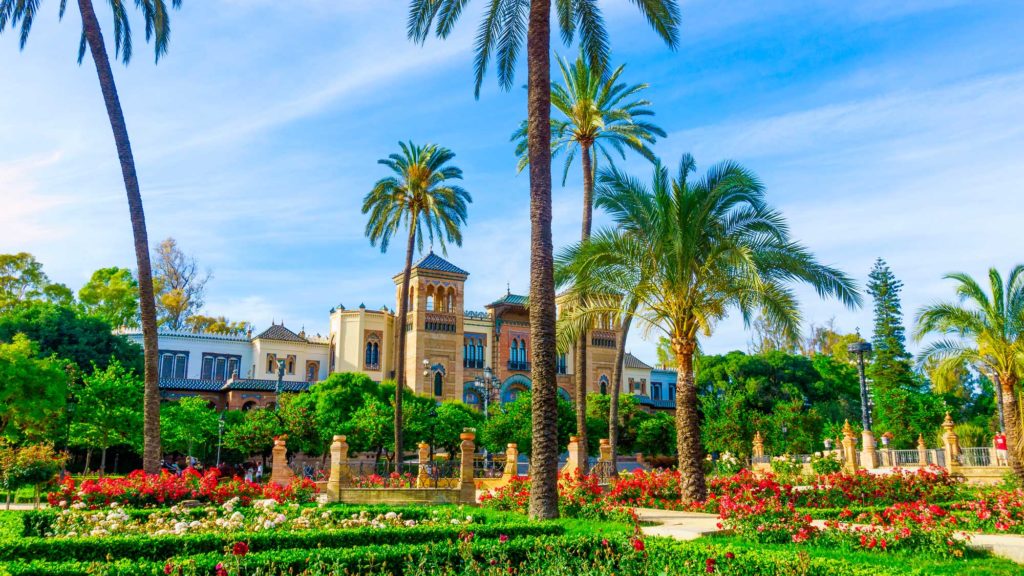 Near to San Telmo is the Real Fábrica de Tabacos, today part of the historic University of Seville, founded in 1505. In the 19th century, between admiration and trite truth, its cigarette makers achieved legendary fame. The myth (Merimée’s ‘Carmen’) and an icon of world opera (Bizet’s ‘Carmen`) had been born. In fact, Seville offers its visitors Seville, City of Opera (Sevilla, Ciudad de Opera). Down the centuries, the city has inspired and has been the setting for more than a hundred works of the greatest lyric genre (Beethoven’s ‘Fidelio´, Mozart´s ‘Figaro’, Rossini´s ‘The Barber of Seville’, Verdi’s ‘La Forza del Destino´, etc). No other European city can compete in this sense. 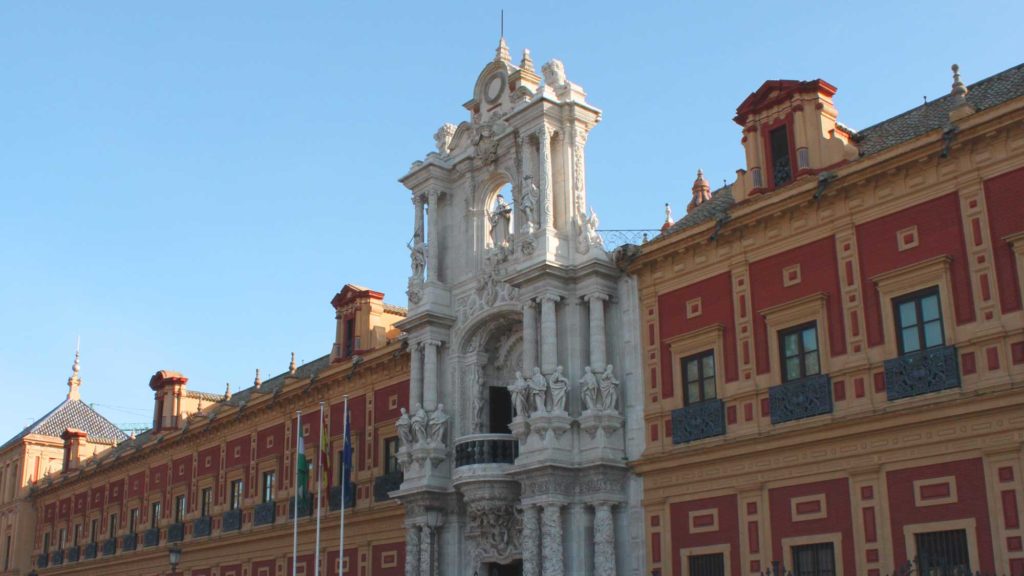 From the old Tobacco Factory “Fábrica de Tabacos” the tourist can visit the nearby gardens of Murillo. Through the adjacent streets, it’s possible to again enter the labyrinth-like barrio of Santa Cruz. The Hospital de los Venerables takes us back in time to the Seville of the past centuries (if there’s an exhibition on then take the time to visit it). Not so far away, in the Alfalfa is the Flamenco Dance Museum. 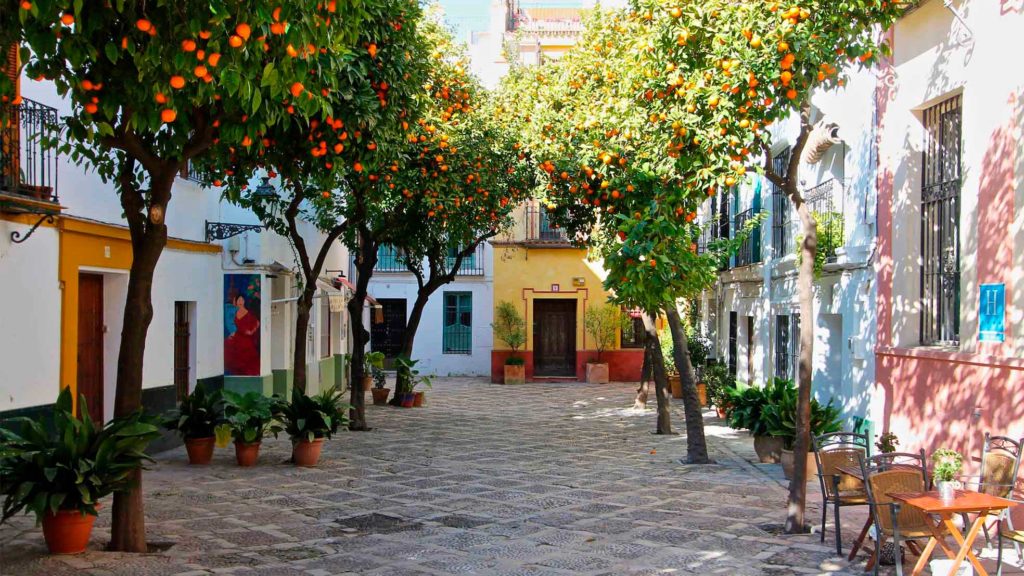 From Santa Cruz you can also get to Santa Maria la Blanca, a recently restored church and former Jewish synagogue. The visitor is now in the popular Puerta de la Carrne. But traces of the old Jewish quarter are still visible in its narrow streets and evocative names (Calle Levies, for example). Twists and turns wait for you as you walk, and maybe you can let yourself get lost in its little streets, which are almost to small to breathe in, like those around San Bartolomé. From the Puerta de la Carne, you can walk to the nearby Puerta de Carmona. The names of these streets are a reminder of the gates in the city walls that formerly provided access to the city.

The Casa de Pilatos (15th to 16th centuries), shows the lineage of the Enriquez and Ribera families, it’s the tourist icon of this area of the city. Seville is a city whose rich heritage comes from the mix of different cultures. The Casa de Pilatos shows the filter of its different styles: Gothic-Mudejar, Renaissance and Romantic. Between the Sevillian palace house and the Italian ‘palazzo’, the curious name Casa de Pilatos refers to the Passion of Christ.

Within its walls was celebrated the Via Crucis of Lent, until popular devotion made it one of the fourteen stations en route to the Cruz del Campo. All along the modern street Calle Luis Montoto, you can see the tiled signs that marks the pious act of the Via Crucis.

Along this road you can still see the remains of the old pipes from Carmona, which provided the city with water for many centuries. 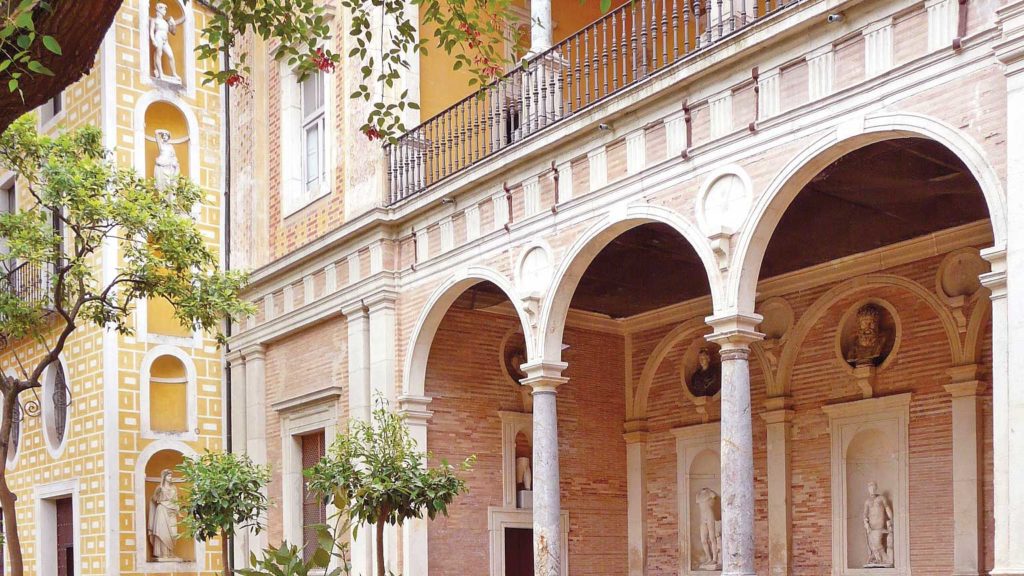 SAVE & ACCEPT
Powered by